For those in the picture above, winter is here*, which means a whole other world of challenges.

Who are they? Are they just three people out, or are there more “off-screen”? [If there are more – are these three a scout party, or stragglers at the end?]

Why are they in the woods, anyway? And in winter? Are they lost? Heading home? Heading for battle?

Then what happens? Now write it…

First impressions:
The prologue/opening of Game of Thrones, naturally, is one of the first examples that comes to mind.

But, think of possible historical examples: the American Revolution – the harsh winter conditions and the struggle for survival before the tide turned. French forces leading into Waterloo (or, perhaps, stragglers after). Or, how about the Christmas Truce of 1914 (just sans firearms)?

* I wanted to make a more specific Game of Thrones reference there, for anyone caught up – technically, I’m not, but I’ve watched the last few episodes of Season 6. I thought, however, that to do so might really change how people approached the image. Doesn’t change the fact that the reference is still there…

Posted by Jeff Evans in Uncategorized, Writing, YouTube on June 29, 2016

If you’ve been anywhere near Facebook for the last couple of weeks, and especially if you have any writer-minded friends (and, really, to be honest, who doesn’t), you’ve likely seen or at least heard referenced a recent interview between George RR Martin & Stephen King. King is on tour for his latest book [End of Watch], and the final question of the conversation is that infamous one about writing speed.

Here’s the full video… the question is asked at about the 50 minute mark.

Posted by Jeff Evans in Uncategorized, Writing, YouTube on June 28, 2016

I am on record as being a pro-Writing Excuses person. On more than one occasion I’ve suggested particular episodes to fellow writers/crit partners for something they’ve had trouble with, or just spread the gospel of “you should listen.” Several episodes happened to hit at just the right time while I was completing my MFA that forced me to think about aspects of my thesis as I was moving from finishing my first draft and facing down the revisions. A central part of that comes down to Brandon Sanderson.

Outside of his active writing career, he also teaches a writing class at BYU. Sanderson recently posted this on his website:

Several years back, grad student Scott Ashton asked me if he could record my BYU lectures and post them for an online curriculum as part of a project he was doing. I said yes, and it was never supposed to be “a thing,” not really. It was a student doing a project, and using my lectures as a way to explore online education.

Well, since that time, those lectures (which are collected at Scott’s site, which he called Write About Dragons) have been viewed tens of thousands of times, and become one of the big hallmarks of my web presence, at least as far as writing education goes. I’ve been blown away by the reception to them. At the same time, I’ve been keenly aware that the recording was subpar. This isn’t Scott’s fault—he actually did an excellent job, considering his background. But the lectures are at times difficult to hear, and the filming was handled on a single amateur camera.

For years, I’ve been wanting to do something better. And this year I had my chance. My good friend Earl is a semiprofessional filmmaker, and was looking for a new project. I pitched a better-recorded set of lectures, filmed this year in my class, and he jumped at the idea.

The TL;DR of his post, in case you couldn’t guess from where I ended the copy, is that he has a “newly recorded” set of lectures that will be posted over the next few months. Since I have, in the past, watched several clips and pointed writer friends to the above Dragons site (and with an interest in teaching this stuff, myself), I’m stoked to be able to check these out.

Here’s the first lecture, so you can start checking them out yourself.

Call Me on MVM

Blondie had come and gone by the time I was discovering music as a kid. Sure, there may have been some radio singles that I might have heard, but I have no clear memory of being exposed to their music when I was growing up. I’ve heard it since, of course (even if it’s generally just been the big singles).

I have been known, when receiving texts that read “call me” from close friends, to say, “Hello, Blondie” when I’ve called them back.

PF: Flower by a River 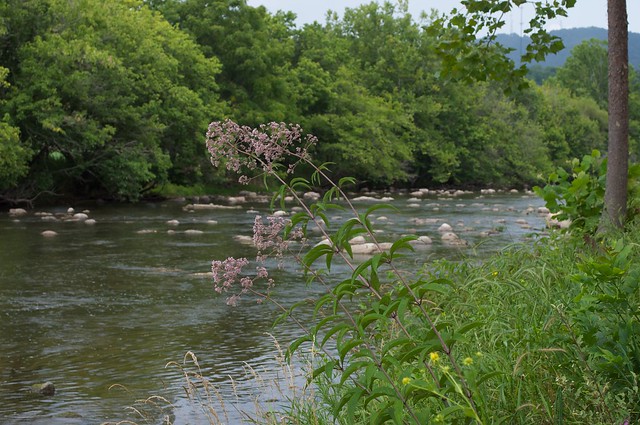 Billy Joel is an institution: sixth best-selling recording artist and the third best-selling solo artist in the United States, with 33 Top 40 hits in the US, all of which he wrote himself. Let me say that again: he wrote them himself, essentially over a 20-year career*. And it all started with this one.

* 1973-93, with Columbia Records. While, technically, his first album was released in 1971 by a small label, it tanked. But it paved the way for his getting signed by Columbia, which is where he spent the rest of his “pop” career. 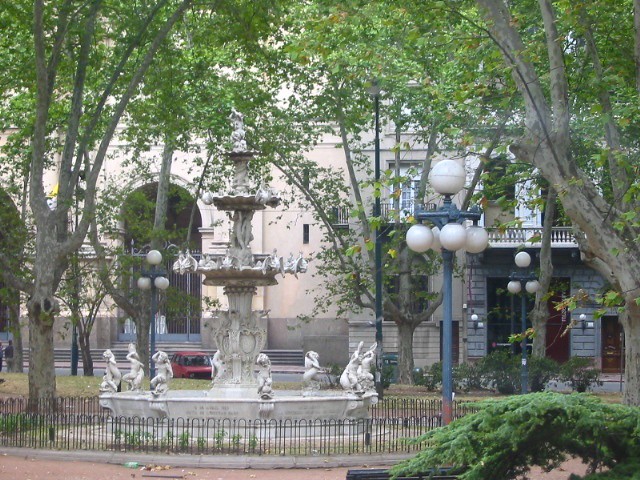 I was stuck by the details of the piece itself, and its placement among the trees.

A few examples this prompt suggests/reminds me of:

Posted by Jeff Evans in Uncategorized on June 14, 2016

Context behind the conversation that happened last night…

So, MC is a GOT person (Game of Thrones, for those few not aware). She has seen all of the episodes, is caught up on the story lines and will read most of the “speculation” posts that get circulated on Facebook during the weeks between episodes and months between seasons. See, she binged most of the first few seasons when she was on bed-rest with the twins.

Me? Not so much. Don’t get me wrong, it’s VERY much in my wheelhouse, I just have not had the opportunity to get caught up, especially with 3 kids. I have seen several, or at least pieces of, episodes – more from this season than any of the previous 5, which leads to last night.

The Eldest is with grandparents this week. The twins went down at a semi-reasonable time and without too much trouble, but I was out of the room first, about 20 minutes before MC. When she finally comes downstairs, an episode of GOT played on the Roku.

MC: Which one are you watching?

Me: The second one.

MC: Of the season? [currently Season 6, for anyone reading this in the future]

MC: Seriously? [THIS reaction is what made the exchange.]

Yes, before last night I had only truly, with intent, watched the first episode – S1,E1.

David Gray‘s first major US single, from his 4th album White Ladder (originally released in the UK, but re-released in the US on a label founded by Dave Matthews). It’s a bit on the mellower side, but still regularly lands on playlists.