Echoes from the darkness

A silent room. The squawk and squeal of a microphone being tapped. “Hello? Is this on?”

It’s been a hell of a couple of years, huh? Between the global shit-storm that was 2020, and *ahem* challenging local (US) issues of the previous administration. Then add in juggling a home-life with three kids (now 9 & 7), and other personal issues that I’m finally trying to work through and comes to grips with (when you want to do so much, and know that you can, but choose not to for a variety of reasons, there’s a bunch of negative vibes that start a wicked cycle to break out of).

In all of that, while I’ve wanted to post here about things, I had neither the mental energy (at the time) nor the inclination. Since I was struggling (and failing) to work on a variety of personal projects, thoughts of posting here triggered guilt over not doing the other projects (like, prose), and avoidance was the strategy, because it was easier.

I continued to make updates to my “Books Read” list, because I was still consuming on that side.

I’m slowly getting some creative life back, and desires to make and write and post. I’m trying to act with some degree of intentionality where I can. I have things to write, here, and intend to continue. I’m working on the back side to clean up a bunch of “draft” posts I had started years ago that are either empty placeholders, or were things that had an image that has since moved.

All that to say that while it’s been quiet here, and generally dark, there will be more coming.

Stay tuned, but be patient.

Posted by Jeff Evans in Uncategorized on January 15, 2020

2019 went by in a fire-enclosed blur. There were some things attempted that did not go anywhere near as desired or hoped, but did succeed in helping me shift some perspectives. On top of that, life went on.

Specifically, I want to post a few quick words, a recap of sorts, from my big plan from last year – the million words.

I fell well short of that mark. Woefully short – barely making it to quintuple digits, all told (based on my guidelines). But, over the course of the year, some of the things I worked through, personally, and books I read, I have a few thoughts that I would like to share, both for those who may find it useful, and for my own future reference.

1) Preparation is key. Where the spirit was willing, the flesh was weak. When I crunched my numbers, building in “off” days for family things and holidays, I came up with something like 4,000 words a day average, but I was entering into that cold, with no established routine. Imagine starting a marathon but with no prior road work and endurance built up. The bonk will strike before even reaching the first mile point, in most cases. While I had plenty of projects to work on, I had no stamina in place, and no clear plan for writing time. (Some of the plans were derailed by work obligations in the spring that I had under-accounted for, which didn’t help matters.)

2) Reasonable expectations, and be prepared to reevaluate. I’m very close to being a Type-A personality about some things. While I had my numbers in hand, once I got off-track, I would beat myself up over what “is a perfectly reasonable, doable” amount of work. Only, like I indicated above, it wasn’t really reasonable for me. But I didn’t really realize that or have that epiphany until well after I had self-sabotaged my efforts and thrown in the towel on the effort. What I didn’t do was readjust my focus. While on one level I was okay landing among the stars, I really only wanted the moon, and if I couldn’t get it, what was the point?

The thing is, art in general and writing in particular are long-game endeavors. It requires time, practice and repetition. It’s an endurance process. While on one level I understood that, it took a psychologically rough year to help drive the point home.

I’m still intent on the “Million Words in a Year” goal, but I’m retooling my approach to actually position myself to stand a better chance of achieving it. It may take a couple of years, but I’ll be trying it again.

Posted by Jeff Evans in Uncategorized on January 2, 2019

Why?: Why not? There’s the oft repeated expression – and right now I’m drawing a blank on which writer the saying is attributed to – that essentially “your first million words are crap.” Or, more accurately, the writer doesn’t really start exhibiting mastery until they’ve logged close to a million words. Usually that’s considered to be across projects – individual (aka – trunk) novel projects, while figuring out story structure, etc.
I’m in my early 40s, with three kids and a full-time job. As much as I have in my head that I want to get down, if I don’t start doing it – and making it a priority – then it won’t happen. I’ve reached a point where I’m wont to simplify and refocus multiple areas in my life, with writing being one of my primary areas.
Since finishing my MFA program in January 2015 (four years ago, now), I’ve hardly logged any significant creative output. In the spirit of “Go Big, or Go Home” the idea for the challenge was born.
The alternate spin to this, as another adage goes, “Reach for the moon. Even if you fail, you’ll land among the stars.” It’s intended more as an accountability challenge – even if I don’t make the million mark, any accumulated total beyond 6-digits will still be a success.

The Criteria: This challenge is intended to measure creative outputs: 1st Draft prose, project developments (outlines, exploratory exercises, etc.), Blog entries (such as this one) and other essays (there are a few non-fiction series that I started, years ago, that I’ve wanted to expand on); creative exercises – fodder for “Fictional Echoes” from prompts, and things that might develop into other, unplanned projects in the future; other non-fiction projects (ranging from academic to work-related items). What I am not including are the dozens of emails or short-term items.
This is also driven by the amount of completed items. I’ll be using Scrivener to help keep track of everything. Blogs, once completed and posted (or copied over to WordPress and scheduled) will be moved to the “Completed” section. Exercises, likewise, once I’ve considered a particular itch satisfied, it will move to what is essentially “Counted Words.”
Outlines will be tricky. I could complete an outline early in the year, only to have a word count explode beyond that once I start drafting the thing. I am still working out how they might be handled (count the outline draft and count the executed prose, or only prose for projects that are actively being written, and only count the outline if it’s developed but no progress is made on the draft during the year…)
There will also be the question of any notes made on projects…

I intend to be journaling about the challenge, with a side-intention of taking all of the information and expanding it into a creative non-fiction work at the end of the year – expanding on the process, its evolution over the year, etc.

As with anything, the best way to plan for success is to break the big picture into smaller, manageable chunks. When considering as lofty a goal as 1 million words in a year, daily word count totals become the defacto metric.

But… BUT…. that’s not necessarily practical. I mean, yes, that’s a doable number, but in tailoring it to my specific situation it’s not really feasible. I cannot reliably plan to be able to log any significant word counts during a weekend, for example, with family obligations. Likewise, there will be known days during the year – holidays, travel days and the like – where logging words will be a challenge (my opportunities during these past holidays – Christmas 2018 – were practically non-existent for at least 3-5 of the 10 days I was out on vacation). Illness will come up at some point – if not me then someone I would need to take care of.
So I whittled the year down.
Drop 100 days for weekends.
Drop another 50 days, allowing for holidays, sick days or other incidental “out of pocket” days.
What was once a 365 day year is now 215.

Obviously, I am not limiting myself to only those 215 days. I could still cull together words on those other days and still chip away at the larger target, but I need to aim for almost 5000 words per day on most days to make sure I’m giving myself the best chance.

The Day in Which a Milestone is Reached

Posted by Jeff Evans in Uncategorized on November 6, 2018

…For I shall be embracing the thoroughly checked answer to the life, the universe and everything. That answer shall be embraced for the next 364-ish days, until I move beyond that answer. This year’s mantra? “Don’t Panic,” of course.

Stand Up on MVM

It’s my birthday, so here’s a live Dave Matthews Band clip to give a little clue about what my vibe’s like.

Because this Dave Matthews track feels like a good soundtrack for tomorrow’s holiday here in the states.

Livin’ On A Prayer on MVM

Posted by Jeff Evans in Music Video Monday, YouTube on May 1, 2017

Before Guitar Hero, before Rock Band, Bon Jovi ruled the airwaves with this monster from their Slippery When Wet album.

Because tomorrow is Valentine’s Day, and we all know what that tends to mean.

I Did It on MVM

Happy “New Year’s Weekend Recovery Day.” Was this Dave Matthews Band track your anthem for the weekend, or were your celebrations a little…milder?

Posted by Jeff Evans in Photo Friday on December 9, 2016 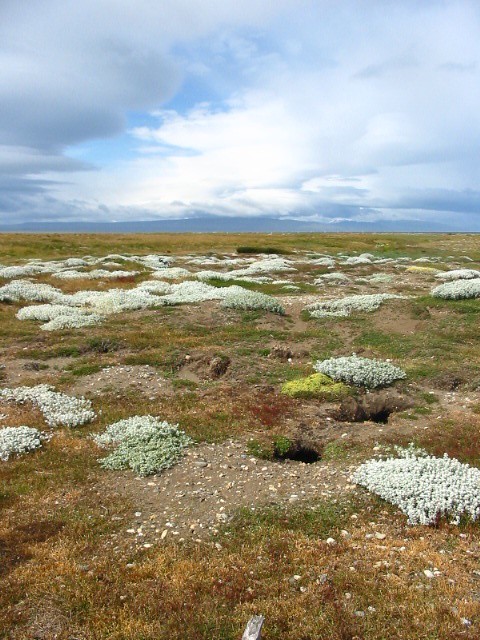